“In 2014, the University of Notre Dame produced a definitive ranking system that showed how countries around the world would fare if global warming increased at its current rate. The rankings took into account the country’s location, its population density and how financially equipped it was to deal with the rising sea level and increase in temperature.”

Maps from each continent of the world were included, with colour coding according to risk.  According to this ranking, Africa fares the worst, with dark brown showing those countries most at risk through to dark green showing those least at risk.

I must admit that whilst concerned about these projections, I find myself somewhat bemused about how the Eco Experts weighted their calculations.  It appears to give greater weighting to poorer countries but less weighting to those countries most likely to be affected by sea level rise, such as Netherlands, Denmark, UK, in Europe, New Zealand in Australasia, island states and parts of the USA (Florida in particular).  Maps from National Geographic show this more clearly. For example, the following one for Europe, which shows new coastlines if all the polar ice-caps were to melt. 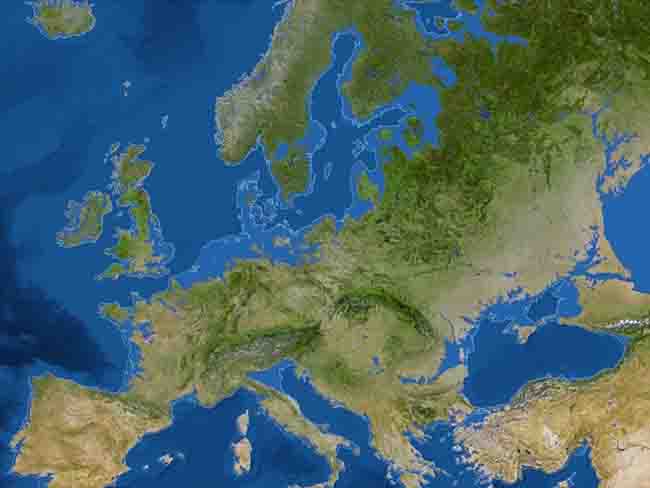 It is possible that temperature plays a part in the Eco Experts weightings, as the more temperate countries seem to have a greater chance of survival than those closer to the equator.