The following email was received yesterday from the organisers of 350.org

After last month’s powerful resistance against fracking in Lancashire, another huge moment is coming up where people from across Europe will take a stand against the fossil fuel industry. Over the next 10 days, thousands will gather in the Rhineland, Germany. Together they will say “Ende Gelände” — here and no further.

The lignite mines and coal power plants in the Rhineland, Germany are the biggest source of CO2 in Europe. So on 24-29 August, thousands of people will take action in and around the coal pits, demanding a quick coal phase-out in Germany and bold international climate action. There’s also a climate camp beginning today. Then, when world governments meet in Bonn in November for the UN climate conference, there will be more actions in the lignite mines to show where the real climate negotiations are happening in Germany.

You can help support our friends in Germany and help make this a powerful moment by sharing the video and news from the camp and actions as it happens (look out for updates on 350’s facebook and twitter). 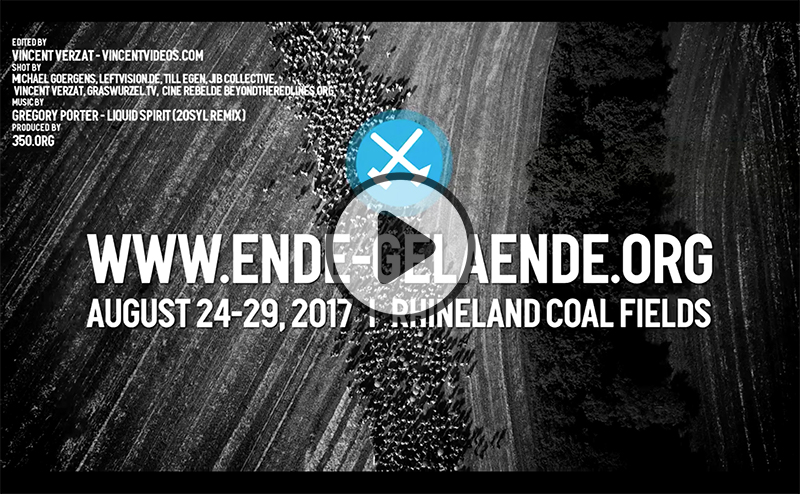 A Swedish group are also heading to the Rhineland and will be live-streaming the action, so you can follow the journey of four activists who are taking part. If you’ve never taken part in an action like this before, it’ll be a chance to get a real sense of what it’s like. They’ve put together a live screening kit in case you want to get together with your friends to watch live.

From Lancashire to the Rhineland, let’s keep building this people power and keep fossil fuels in the ground,

Fossil Free UK is part of an international network campaigning to divest institutions from the fossil fuel companies that are causing the climate crisis. Connect with us on Facebook and Twitter, and sign up for email updates on our homepage.

This action did take place In Germany on 24-29th August 2017.  Six thousand people attended. A video of the action can be seen at: