A report in The Observer (20.1.19) states that temperatures in the high 40s and edging up to 50°C are making it impossible to do much in sweltering Australia.  So far, the highest record daytime temperature is 49.1°C in Tacoolain South Australia. Most people are staying indoors, as handling tools can burn hands, and letting their dogs outside can lead to blistered feet.  The road surfaces are also melting.

It is hot in the night time too, with record highs every single night of one week in January 2019. Last week, there were reports of millions of river fish dying, due to depletion of oxygen in the water (related to an algal bloom caused by the heat).  The mass fish death has led to criticism about water management.

Dead fish along the Murray River

The Guardian published a piece about poor water management on 25th January 2019:

Further information can be found in the Australian press:

And now a terrible story of the mass deaths of wild horses in the centre of Australia.  These are feral horses – Australian’s call them Brumbies – who have gone to a water hole in the extreme heat to drink but found it completely dry.  See the following link for the story:

Australia, being in the southern hemisphere, is in the midst of its summer, whilst the northern hemisphere is facing a freezing winter.  A colleague has suggested to me that Australia could be a  kind of climate change testbed or warning. First masses of dead fish and now dead horses.  Is this the face of things to come?

Let us hope that these awful scenes cause a change of mind by the Australian government so that they stop plans for allowing the mining of coal in Queensland.

Locals around the Darling River were confronted with a sea of white, as dead fish carpeted the waters near the southeastern Outback town of Menindee.

Just weeks after up to a million were killed — with scientists pointing to low water and oxygen levels as well as possibly toxic algae — another mass death occurred in the key food growing region.

With temperatures expected to rise and no rain forecast, there remained a “high risk of further fish kills over the coming days and week,” officials said.

While the federal government has blamed the deaths on a severe drought, experts and locals say they stem from the systemic depletion and pollution of the river. 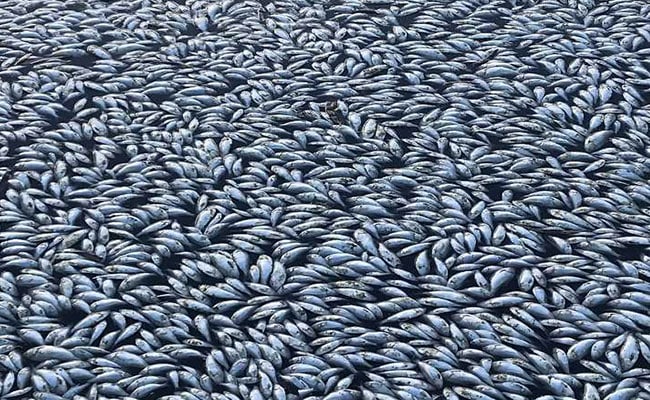 The inspectors added that the latest bout of kills were likely linked to “critically low levels of dissolved oxygen” caused by a sharp drop in temperatures after an extended period of hot weather.

January 31st 2019: Flying Foxes falling out of trees in Australia

Australia is in the midst of an unrelenting, record-smashing heat wave that has left temperature maps so red the country looks like it’s on fire.

The country has hit highs exceeding 120°F (49°C) during the day. And New South Wales set a new record for all of Australia last week when nighttime temperatures never fell below 96.6°F (35.9°C).

The temperatures have been so brutal in South Australia, in fact, that heat-stressed bats are literally falling out of trees.

Australia’s fruit-eating bats cannot regulate their body temperature when the thermometer hits 104°F (40°C). Nursing females are vulnerable because they already have raised body temperatures. Young pups are the most vulnerable. 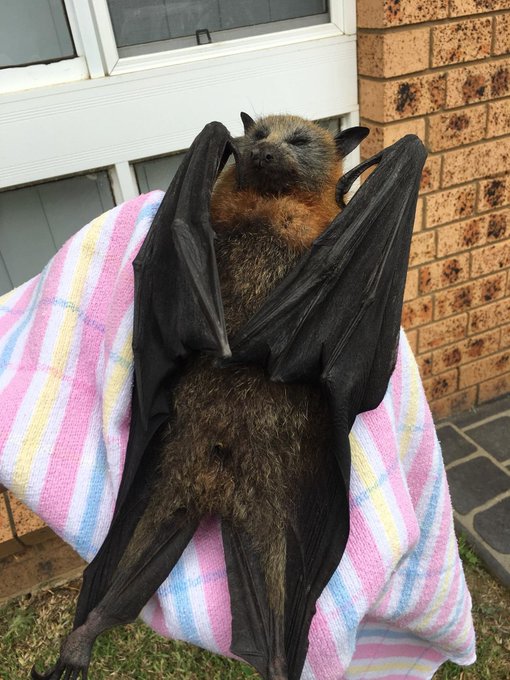 The picture above shows  an Australian fruit bat (Flying fox) suffering from heat stress.
With acknowledgements to:
https://thinkprogress.org/australia-heat-wave-so-hot-bats-falling-from-trees-9493180bfd35/?link_id=60&can_id=ae8fb89f0e3f1a9dcfdb9ae6492433d2&source=email-xr-newsletter-12-spring-is-coming&email_referrer=email_486736&email_subject=xr-newsletter-12-spring-is-coming