An article in The Independent by Phoebe Weston, with the above title, provides information about the draft Environment (Principles and Governance) Bill, which establishes the Office of Environmental Protection (OEP). The OEP will investigate complaints about public authorities breaking environmental laws after Britain leaves the European Union (EU).

The previous environment secretary, Michael Gove, said in December that the UK’s environment laws would be enhanced after Britain leaves the bloc. However, a cross-party committee of MPs said proposed protections fell “woefully short”. A highly critical report found the OEP lacked independence from Defra and had limited powers.

36 leading organizations, including Greenpeace and RSPB, have warned that laws about environmental protections after Brexit should be revealed by the government.

James West, Senior Policy Manager at Compassion in World Farming UK told The Independent: “As we leave the EU, Britain must ensure that there is no diminution of standards around animal welfare or environmental protections. It is vital that citizens can be confident the decisions reached by the OEP when investigating public bodies, particularly on something as critical as environmental protection, and therefore transparency is required.”

“We urge the Government to review the current proposal and remove the unnecessary secrecy that this new body would operate under.” 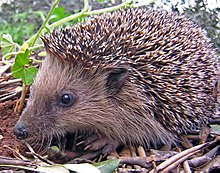 Hedgehog: one of Britain’s most endangered species