This blog is taken from:

with acknowledgements and thanks to a colleague who runs the political clean up website.

In 2018, one of the longest dry spells on record left part of the Rhine in Germany at record low levels for months, forcing freighters to reduce their cargo or stop using the river altogether. Some inland ports lay idle and it is estimated that millions of tons of goods had to be transported by rail or road, raising costs significantly – twice or three times as much by rail and around five times as much by road, according to Handelsblatt Today.

The Rhine is vitally important to life and commerce in the region. Roughly 80% of the 223 million tons of cargo transported by ship in Germany each year travels the Rhine, which links the country’s industrial heartland to Belgium, the Netherlands and the North Sea. Parts of the Danube and the Elbe – Germany’s other major rivers – were also drying up. 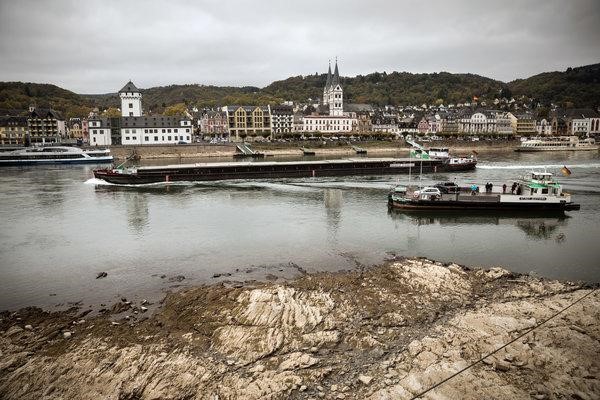 The slump in the river’s water levels dented Germany’s economic growth by 0.4% in the final quarter of 2018 and by 0.3% in the preceding three months, according to estimates from JPMorgan economist Greg Fuzesi in January. Fuzesi said at the time he anticipated a 0.55% contribution to GDP in the first quarter of this year as the river’s water levels normalize. At least 0.7 percentage points had been shaved off economic growth last year, adding to a series of shocks that almost tipped the nation into a recession. 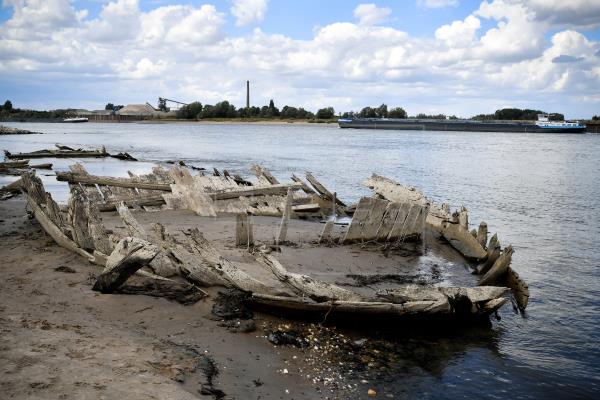 The wreck of De Hoop, a Dutch freighter that sank after an explosion in 1895 and is normally submerged, lay exposed on the Rhine’s banks – and wild tomatoes grew in the Rhine riverbed in Bonn.

In January and February this year, Rhine barge operators introduced a low water surcharge on exports and imports, as – we noted – did Montreal shipping companies, when, due to the lower water level of the St Lawrence river, ships had a limited loading capacity and fewer containers could be loaded on board,.

Bloomberg reported that water levels at many Rhineland locations were now back to normal for the time of year and barges that handle hundreds of fuel shipments up and down the river each year were able to reach all destinations fully loaded — something they had not been able to do for months, according to Rotterdam-based broker Riverlake Barging.

BASF’s CEO Martin Brudermueller is calling for new locks and dams to be built to keep the river navigable in dry season. The shipping lane could be made deeper, but that would take years, if not decades, and would cost millions.

“Our research shows an increase in instability,” said Hagen Koch, who studies rivers at the Potsdam Institute for Climate Impact Research. “The extremes are going to happen more often.” The Rhine’s flow relies not just on annual rainfall, but also on enormous long-term reserves of water in the Alps. Melting snow and glaciers, as well as Lake Constance, feed the upper parts of the river, but with climate change, those reserves are lower. There are reasons to believe such weather will become more frequent with a warming climate.