An interesting conversation between Greta and David was set up recently by the BBC and can be seen on youtube:

It appears to have been set up by the BBC, as Mishal Hussain was the interviewer in the process.  Another report stated that the BBC was somewhat embarrassed to send Mishal to Sweden by air, when Greta has stood out so firmly against air travel.

Scientists have warned that coasts could be swamped by regular floods by the end of the century.  This is because the Greenland ice sheets are melting faster than originally predicted.  Calculations suggest that up to 400,000 million people could be left homeless as a result, 40 million more than that predicted by the IPCC.

Greenland has lost 3.8 trillion tonnes of ice since 1990. The figures from this latest research are similar to the IPCC’s worst case scenario.

A team of 96 polar scientists from 50 international organisations contributed to the new findings published in Nature.

According to the researchers, Greenland stores enough water to raise global sea levels by six metres and knowing how much of this ice is lost is key to understanding the effects and impact of climate change.

Another report from Danish scientists was published last June, which estimated that 2019 could be the year of record high temperatures in the Arctic (2012 having been the previous high).

On June 12 2019, the day before the photograph below was taken, the closest weather station, in Qaanaaq, registered temperatures of 17.3 degrees Celsius (63.1 Fahrenheit), just 0.3 points lower than the previous record set on June 30, 2012.

“There was a dry winter and then warm air, clear skies and sun — all preconditions for an early melting,” Ruth Mottram explained. She is a climatologist at the Danish Meteorological Institute (DMI).

While researching oceanographic moorings and a weather station, Steffen Olsen snapped a picture of his sled dogs pushing through a fjord, the sea ice submerged under several centimetres of meltwater. 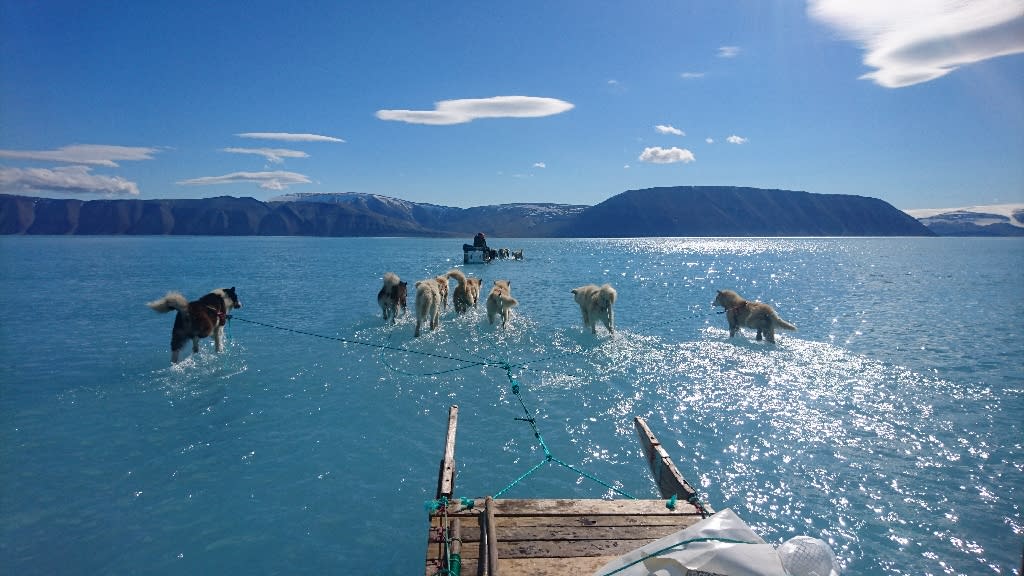 Locals who accompanied Olsen’s expedition didn’t expect the sea ice to start melting that early. They usually take that route because the ice is very thick, but they had to turn back because the water was too deep for them to advance.

Even further bad news in that a huge chunk of Greenland’s ice cap has broken off:

COPENHAGEN, Denmark (AP) — An enormous chunk of Greenland’s ice cap has broken off in the far northeastern Arctic, a development that scientists say is evidence of rapid climate change.

The glacier section that broke off is 110 square kilometers (42.3 square miles). It came off of the fjord called Nioghalvfjerdsfjorden, which is roughly 80 kilometers (50 miles) long and 20 kilometers (12 miles) wide, the National Geological Survey of Denmark and Greenland said Monday.

The glacier is at the end of the Northeast Greenland Ice Stream, where it flows off the land and into the ocean.

This post was written on Facebook by an Australian man, who grew up in Queensland in the 70s and 80s and now has a young family of his own. 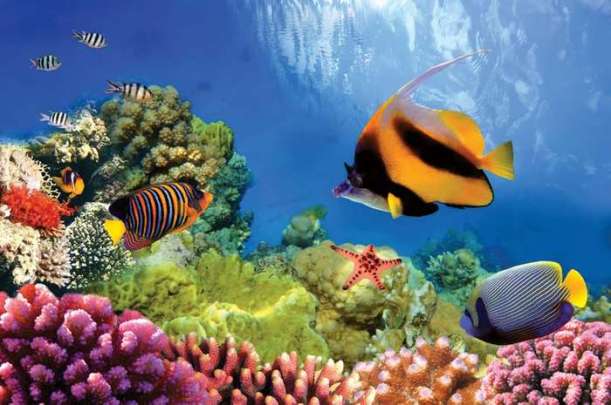 I lived in Australia for three years during the early 60s and have returned for short visits in 1994 and 2010.  On both occasions I found the country to be hotter and drier.  This last month my brother, who has lived in NSW most of his life, had his home threatened by bush fires for the very first time.

This a youtube presentation by Prof. Keith Barnham (Imperial College, London) to help campaigners to know which issues to raise during the 2019 General Election.

It focuses on renewable energy and whether non-renewables are needed as a back-up.  He concludes that solar power and Anaerobic Digestion (AD), of farm animal and crop waste and food waste, which can generate biomethane for electricity and and gas grids are perfectly adequate to provide back-up, so that non-renewables no longer need to be used or developed.

He suggests that a new government should adopt this strategy.

Ahead of the UN COP25 Climate Change Conference in Madrid 2-13 December, the European Parliament approved a resolution declaring a climate and environmental emergency in Europe and globally. They also want the Commission to ensure that all relevant legislative and budgetary proposals are fully aligned with the objective of limiting global warming to under 1.5 °C.

In a separate resolution, Parliament urged the EU to submit its strategy to reach climate neutrality as soon as possible, and by 2050 at the latest, to the UN Convention on Climate Change. MEPs also called on the new European Commission President Ursula von der Leyen to include a 55% reduction target of greenhouse gas emissions by 2030 in the European Green Deal.

Stepping up global emission reductions for aviation and shipping

MEPs said that current aviation and shipping ambitions fall short of the necessary emissions reductions. All countries should include emissions from international shipping and aviation in their national contributions plans (NDCs), and urged the Commission to propose that the maritime sector be included in the EU’s Emissions Trading System (ETS).

EU countries should at least double their contributions to the international Green Climate Fund, Parliament said. EU member states are the largest providers of public climate finance and the EU’s budget should fully comply with its international commitments. They also noted that pledges by developed countries do not meet the collective goal of 100 billion USD per year as of 2020.

Finally, they urgently called on all EU countries to phase out all direct and indirect fossil fuel subsidies by 2020.

“The European Parliament has just adopted an ambitious position in view of the upcoming COP 25 in Madrid. Given the climate and environmental emergency, it is essential to reduce our greenhouse gas emissions by 55% in 2030. It also sends a clear and timely message to the Commission a few weeks before the publication of the Communication on the Green Deal “”, said Pascal Canfin (RE, FR), Chair of the Committee on the Environment, Public Health and Food Safety, during the debate on Monday.

A number of countries, local administrations and scientists have declared that our planet is facing a climate emergency.

The European Commission has already proposed the goal of net-zero emissions by 2050, but the European Council has still not endorsed it as Poland, Hungary and Czechia are opposed.

Parliament at the COP25