As our hearts go out to the people of Australia, as they battle with unprecedented and devastating fires across the country, with lives lost, as well as homes and a billion of their unique marsupial and other wildlife species being burnt to death, I have to ask the question:

Is this one of the first of many such events that we are going to witness over the next decades?  Is this going to be the face of the effects of climate change in the future?  Are we going to witness even more harrowing events and deaths across the world? 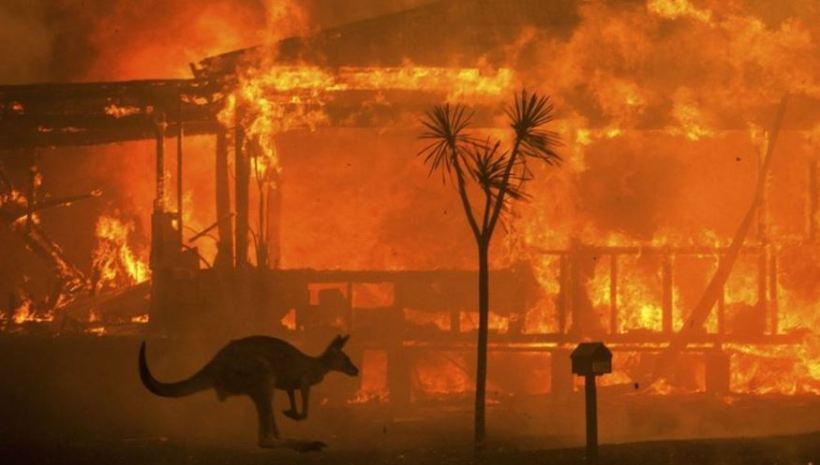 Photographs from Australia during the fires in recent weeks

Animals that survive the fires, like this wombat pictured in New South Wales, will struggle to find food and shelter

How much more dreadful is it going to become globally, as we see multiple fires, floods, hurricanes, monsoons, high temperatures, coastal erosion and mass loss of species? Ecologists are already saying that they fear two rare species (found only on Kangaroo Island, to the south of Australia), may have been wiped out in the recent fires.  These include a small mouse-like marsupial, called a dunnart, and glossy black cockatoos. See:

An article in Nature, by an Australian ecologist Michael Clarke, describes the aftermath of such terrible fires.  He says,

“It is deathly silent when you go into a forest after a fire. Apart from the ‘undertakers’ — the carrion eaters like currawongs, ravens and shrike-thrushes — picking off the dead bodies, there’s nothing much left in the forest. It’s a chilling experience.

For survivors, it’s a perilous existence in the months that follow. Any animal that manages to make it through the fire uninjured faces three major challenges. One is finding shelter from climatic extremes — places they can hide from bad weather, like a hollow tree or a hole in the ground. The second is the risk of starvation. And third, they’ve got to avoid predators like feral cats and foxes. They’re exposed; there’s nowhere to hide in a barren landscape.

Even if an animal makes it to an unburnt patch, the density of organisms trying to eke out a living will be way beyond the area’s carrying capacity. After fires in 2007, one unburnt patch I visited in the Mallee [a region in the far north of Victoria] was literally crawling with birds, all chasing one another, trying to work out who owned the last little bit of turf. It was clearly insufficient to sustain them all.

Animals like koalas that live above ground in small, isolated populations and that have a limited capacity to flee or discover unburnt patches of forest are in all sorts of trouble. During past fires, we’ve seen some really surprising creative behaviours, like lyrebirds and wallabies going down wombat burrows to escape fire. But a large majority of animals are simply incinerated. Even really big, fast-flying birds like falcons and crimson rosellas can succumb to fire.

Some animals are more resilient to fire than others. The best adapted are those that can get underground. Termite colonies happily hum along underneath these all-consuming fires. Burrow-dwelling lizards are similar.”

Australia is not alone in facing wildfires. In 2018, a similar thing happened in California.  The 2018 wildfire season was the deadliest and most destructive wildfire season ever recorded in California, with a total of 8,527 fires burning an area of 1,893,913 acres (766,439 ha), the largest area of burned acreage recorded in a fire season, according to the California Department of Forestry and Fire Protection (Cal Fire) and the National Interagency Fire Center (NIFC), as of December 21. Through to the end of August 2018, Cal Fire alone spent $432 million on operations. As of May 2019, insurance claims related to this fire season had reached $12 billion, most related to the Camp Fire, in Butte County (see Wikipedia). And wildfires happened in Europe too.

In India, from June to September 2019, the country received the highest amount of monsoonal rain in the past 25 years. According to the India Meteorological Department, those rains are not expected to retreat until at least October 10th, which would be the latest withdrawal of the monsoon in the country’s recorded history. 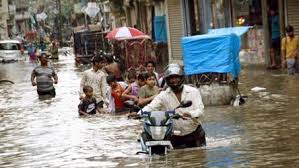 According to Wikepedia, climate change in China is having major effects on the economy, society and the environment. The energy structure and human activities caused global warming and climate change, and China suffered from negative effects of global warming in agriculture, forestry and water resources.

Photograph taken in Beijing, China, where smog pollution reaches 24 times the WHO recommended safe level and children are kept from attending school as a result.

I have chosen to mention these three countries – Australia, India and China – because they were exempted from the UN Kyoto Protocol agreement, because at that time, they pleaded that they were only just beginning to industrialise and needed to be given a chance to compete with industrialised countries. This chance was given and, now, they have become amongst the highest polluting countries in the world, with China in the lead, despite its intentions to tackle climate change.  Ironic, isn’t it?

It’s easy to criticise with hindsight but I believe the UNFCCC should have had the confidence to stand firm over the Kyoto Protocol.  Because of this, many countries (including the USA – another high polluter) did not ratify it.

I came across an interesting graph a few months ago, which shows that carbon emissions have continued to climb, despite UN efforts and agreements: Rio, Kyoto and Paris and beyond.  The dates of these initiatives is marked on an ever-upwardly climbing graph of global carbon emissions.

But, to get back to my first question. Are the Australian bushfires, and subsequent losses, a portent of what is to come?  Are even more horrifying disasters awaiting the global population in the future?
Australian climate scientist, Joelle Gergis, thinks that we have reached a tipping point. He comments in The Guardian:

“As I’ve watched the events of this summer unfolding, I’ve found myself wondering whether the Earth system has now breached a tipping point, an irreversible shift in the stability of the planetary system.

There may now be so much heat trapped in the system that we may have already triggered a domino effect that could unleash a cascade of abrupt changes that will continue to play out in the years and decades to come.

Rapid climate change has the potential to reconfigure life on the planet as we know it.

Many people think that we will be facing food scarcity (which is already manifesting in Africa) in the UK, and this could well happen, as we are nowhere near 100% sustainable in the UK for meeting all our food needs, as 46% of our food is still imported.”
See:  https://www.theguardian.com/commentisfree/2020/jan/03/we-are-seeing-the-very-worst-of-our-scientific-predictions-come-to-pass-in-these-bushfires

However, I believe that global warming and climate change will have multiple effects across the world; some of it will be related to food scarcity but the other effects will be more random: fires, floods, hurricanes, heat stroke, coastal erosion and the loss of islands, as well as land in low-lying countries. And, of course, the disappearance of many iconic species of wildlife. And, as a Biologist and an animal lover, I feel enormous grief over this devastating loss – and I know that I am not the only one.

Unless huge co-operative efforts are made to limit the burning of fossil fuels, the future looks bleak for all of us, including some of the wonderful and unique species with whom we share this planet. If we are seeing these effects with just 1 degree of global warming, what will it be like at 1.5 degrees, 2 degrees or even higher?  Three degrees and above are predicted if carbon emissions do not start to fall in the very near future.

One thought on “Australia is burning: is this a portent of what is to come?”