Extinction Rebellion has worked together with other experts and working groups to put together a draft of a Bill, containing their three demands.  The plan is to put it to government as a Private Member’s Bill. They are currently contacting various MPs in order to get it introduced in Parliament.  The draft Bill is currently as follows: 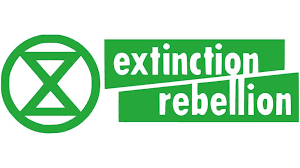 Require the Prime Minister to ensure that the UK achieves specified objectives regarding climate change, ecosystems and biodiversity; to give the Secretary of State a duty to draw up and implement a strategy to achieve those objectives; to establish a Citizens’ Assembly to work with the Secretary of State in drawing up that strategy; to give duties to the Committee on Climate Change regarding the objectives and the strategy; and for connected purposes.

(1) It shall be the duty of the Prime Minister to ensure that the UK achieves the following objectives,

(a) reduces its greenhouse gas emissions, in accordance with the provisions of the UNFCCC and the

to a level that would, in the opinion of the Committee on Climate Change, be consistent with keeping global average temperature increase to 1.5°C compared to pre-industrial levels; (b) restores and regenerates soils, biodiverse habitats and ecosystems and, wherever possible,

expands these in area, for the purpose of optimising their carbon sink capacity and resilience to climate change and conserving biodiversity; (c) reduces its overall anthropogenic impact on the variety, abundance and health of both soil and biodiversity. (2) In this section—

on 9 May 1992; (b) “the Paris Agreement” is an agreement under the United Nations Framework Convention on

Climate Change adopted on 12 December 2015; (c) “pre-industrial levels” is the mean temperature over the period 1850–1900; (d) “biodiverse habitats” are habitats that are abundant in living species; (e) “carbon sink capacity” is the ability of natural reservoirs including—without prejudice to the

generality—woodlands, wetlands, peatlands and soil to absorb more carbon than they emit; and (f) “anthropogenic impact” is the direct and indirect negative influences of human action on soils and biodiversity.

specifying the measures that will in their opinion but subject to section 4 of this Act achieve the objectives.

(2) For the purpose of achieving the objectives, the strategy must—

(a) include all UK consumption- and production-related emissions, including—

(i) those relating to imports and exports and arising from aviation, shipping and land-based transport, and (ii) any other consumption- and production-related emissions;

(b) only use natural climate solutions (NCS) as the CO2 removal measures for the purpose of achieving the objectives;

(c) ensure that any negative emissions technologies to increase the removal of CO2 from the atmosphere that are considered would be additional to the objectives, thus increasing its overall ambition, and are only used to— (i) compensate for warming arising from emissions that cannot be completely eliminated from agricultural and industrial systems, or (ii) rectify the UK’s historical contribution to global warming;

(e) ensure that the variety, abundance and health of UK ecosystems, and the ecosystem services they generate, are enhanced through active restoration and minimising the adverse impacts of domestic consumption and production;

(f) ensure that all necessary steps are taken so that supply chains of imports and exports minimise adverse impacts on ecological systems, including inter alia soils and biodiverse habitats overseas, and implement conditions that protect their health and resilience;

“natural climate solutions (NCS)” includes but is not restricted to reforestation, sustainable land management and restoration of wetlands, peat bogs and coastal ecosystems.

(1) It shall be the duty of the Citizens’ Assembly to—

(a) consider information provided by experts, and any other persons who have submitted evidence;

(b) deliberate and make recommendations on the measures needed for the United Kingdom to achieve the objectives;

(c) publish a report, or reports, on any decisions reached and the reasons for them, as soon as is reasonably practicable;

(d) advise the Secretary of State on measures to be included in the strategy pursuant to section 2(4);

(e) ensure that the measures adopted to achieve the objectives—

(i) take into consideration the United Kingdom’s present and historical role in global emissions and comparative economic situation as indicated by the Paris Agreement;

(iii) do not disproportionately impact people with protected characteristics contained within section 4 of the Equality Act 2010; and

(iv) include adequate financial support and retraining for workers in greenhouse gas emission-intensive sectors and industries which are impacted upon by the proposed measures.

“a deprived community” is a community with a high rating using government indices of deprivation.

(1) On receiving the recommendations from the Citizens’ Assembly, the Secretary of State must—

(i) the disbursement of public funds, or (ii) charges upon the people;

(i) the disbursement of public funds, or (ii) charges upon the people; (c) consider measures that have the support of more than two thirds of the Citizens’ Assembly but less than eighty percent.

(2) The Secretary of State must publish their decisions regarding recommendations by the Citizens’ Assembly and the reasons for them.

(3) The Secretary of State must implement the strategy to achieve the objectives.

(2) The Citizens’ Assembly may make recommendations regarding the revision of the strategy and in such a case section 4(1) and (2) shall apply.

(3) The Secretary of State must implement any revised strategy.

The following section shall be inserted into the Climate Change Act 2008:

(1) give the opinion specified in section 1 of the Climate and Ecological Emergency Act 2020;

(3) develop its advice based upon the perspectives of the Intergovernmental Science-Policy Platform on Biodiversity and methodologies from The Biodiversity Metric 2.0 (4) decide on a methodology for calculating the health of ecosystems, including measures of species’ abundance, the quality and scope of biodiverse habitats and soil quality and contamination;

(5) set annual carbon budgets that supersede the existing carbon budgets and publish an annual report showing the progress towards meeting the objectives and implementing the recommendations; and

(6) base its advice only on a transparent scientific and mathematical interpretation of the objectives and explicitly communicated related value judgments.

(2) This Act extends to the whole of the UK provided that the Secretary of State shall secure the consent of the Welsh Assembly Government and the Scottish Parliament before taking any action in Wales and Scotland respectively on devolved matters.

(3) This Act shall, subject to subsection (2), come into force on the day it receives Royal Assent.

The CEE Bill was successfully tabled today with the maximum number of 11 co-sponsors from across 7 political parties covering all 4 nations in the UK. On top of this, more than 10 MPs have already backed the Bill as well.

We need to get as many MPs as possible to back the bill. Join rebels in Westminster and call or email your MP now.

On Wednesday, 2nd September, Caroline Lucas MP tabled the Climate and Ecological Emergency Bill in Parliament. As anyone watching on Parliament TV can tell you, bill presentations are quick—blink and you miss it! But make no mistake, this was a historic moment.

Caroline Lucas has sent us this message of gratitude for all of us who helped pass this milestone:

Twelve MPs can be named on a private member’s bill when it’s introduced, and we managed to get cross-party support from six political parties. Here are the co-sponsors of the CEE Bill, who supported Caroline yesterday:

But it doesn’t stop there—more and more MPs are also supporting the Bill. The momentum is growing. Has your MP stepped up yet?

Please show your love and send a ‘thank you’ by email, phone or social media (using #CEEbill) if you’re a constituent of any of these MPs. We need to let them know that we appreciate their backing!

We’ll keep you posted on the next stage of the campaign, but for now, it’s really important to keep getting the support of as many MPs as possible.

So if you haven’t already, ask your MP to support the CEE Bill and—if they are—whether they’ll also add their name to the Early Day Motion 832 (which is one way to demonstrate their backing). For tips on tweets and letter writing, check out the campaign resources on our website.

The CEE Bill now has its own website, which lists which MPs are supporting it (currently 50+)