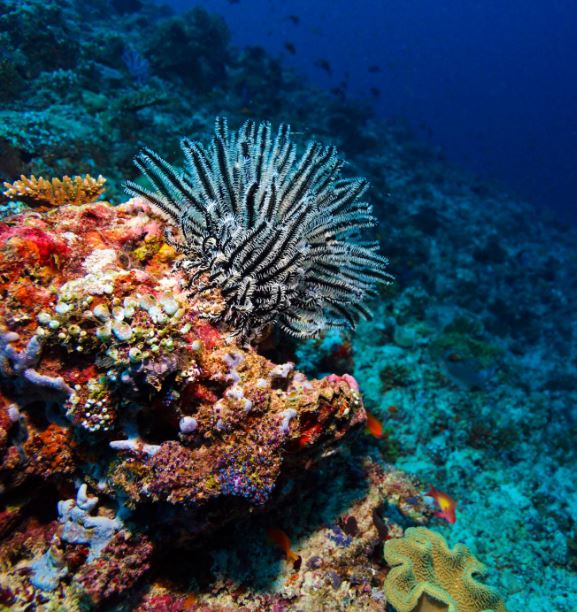 An independent review led by former Fisheries Minister Richard Benyon, and published today on World Ocean Day, is calling for the introduction of Highly Protected Marine Areas in English waters. The review was commissioned on last year’s world ocean day by then Environment Secretary Michael Gove as part of the Government’s drive to protect our waters.

These highly protected marine areas would enable a greater recovery of the marine ecosystem and enhance the Government’s commitment to a national ‘Blue Belt’, which has already seen an area of 92,000 square km protected – 40% of English seas.

The UK currently has a range of protections in place through a network of 355 Marine Protected Areas, which offer protections for a designated feature or habitat within their boundaries. Highly Protected Marine Areas would go further by taking a ‘whole site approach’ and only permitting certain activities within their boundaries such as vessel transit, scuba diving and kayaking. Activities that could have a damaging effect on habitats or wildlife, including fishing, construction and dredging would be banned. The review claims the introduction of such areas could lead to a significant biodiversity boost for our seas by giving our marine life the best chance to recover and thrive.

The review, which was supported by a panel of independent experts, also sheds light on the potential social and economic benefits of introducing highly protected marine areas. These benefits include increased tourism and recreational activities, opportunities for scientific research and education, and positive effects for human health. It also suggests that any potential fishing restriction could be counterbalanced by a stronger and biodiverse marine wildlife – with potential long-term benefits for the fishing industry from providing areas where sea life can develop and breed undisturbed.

Three Marine Protected Areas: Flamborough Head, Lundy Island and the Medway Estuary currently have in place ‘no take zones‘ which prohibit all methods of fishing.

The panel has made a number of recommendations which will now be considered by Government with a formal response made in due course.

Our ‘Blue Belt’ of Marine Protected Areas has already raised the bar for marine protection and we are committed to the highest standards of sustainability for our seas that set a gold standard around the world.

That’s why we asked the panel to conduct this review and I am very grateful to them for their work. I welcome and agree with the spirit of ambition, which is in line with our 25 Year Environment Plan, and we will now carefully consider the recommendations set out in the review.

The sea has provided food, materials and recreational opportunities for thousands of years. However, human activities have significantly impacted these habitats and species, which we now know need greater protection.

Our review demonstrates that in order to deliver the protections our most threated habitats need, Highly Protected Marine Areas need to be introduced, and I hope that government will engage with local communities and stakeholders to more forward plans to designate these new sites.

I welcome the recommendations put forward by the Panel. This review is an important marker of how we can use highly protected areas to mitigate the impact of human activities on the ocean, and support its recovery to a more natural state.

I thank the panel for their work and look forward to working with Defra as they consider how best to take forward the recommendations.

The coronavirus pandemic has shown us how important our relationship with nature is. The beauty of nature is that it can bounce back – but only if we give it proper protection. There is little point in having protected areas that are not pulling their weight.

The UK has some of the richest and most diverse sea life in the world. I’m excited that we may soon have a pilot programme of Highly Protected Marine Protected Areas in England, but this must amount to more than dipping a toe in the water.

I urge the UK government to show the same leadership as with their call for 30% of the world’s oceans to be protected. They must act urgently to strengthen protection, as in a few years’ time it will be too late to fix the crisis in our oceans.

The panel’s work shows strong consensus from conservation, industry and fisheries perspectives: highly protected areas are essential in reviving the ocean. We urge Ministers to now implement the recommendations quickly and create fully protected HPMAs for our seas. These will help recover our seas for people, nature and climate and be a vital addition to the UK network of marine sites. This would set Government at the cutting edge of ocean action and reinforce its leadership role in the Global Ocean Alliance as it calls to protect 30% of the world’s oceans.

On World Ocean Day, this review builds on the UK Government’s commitment to further advance ocean protection measures including last year’s designation of a further 41 Marine Protection Zones protecting species and habitats such as the rare stalked jellyfish, short-snouted seahorse and blue mussel beds. The Government is currently putting in place management measures for Marine Protected Areas, including seeking new powers through the Fisheries Bill, and through implementation of the 25 Year Environment Plan.

This news comes as seven new countries joined the UK led Global Ocean Alliance, an initiative aimed at securing protection of 30% of the world’s oceans by 2030. There are now a total of 20 countries in the Alliance following today’s announcement. Germany and Italy are amongst the major new players to join, other joiners include Fiji, Cabo Verde, Monaco, Senegal, and Luxemburg.

This complements a wide programme of overseas engagements, including through the Commonwealth Clean Ocean Alliance and the Commonwealth Litter Programme, aiming to prevent plastic waste from reaching the ocean.

The Government has also committed to a £500 million Blue Planet fund to export UK expertise in marine science around the world, supporting overseas countries to protect marine habitats.

The Benyon Review into Highly Protected Marine Areas was announced on World Oceans Day 2019 by the then Environment Secretary Michael Gove .

This review covers the English inshore, offshore and Northern Irish offshore waters. Collectively these are referred to as Secretary of State waters.

Chair of the review:

Richard Benyon is a former MP and Minister for the Natural Environment and Fisheries. He is actively interested in environmental issues, and is a former chair of the All Party Parliamentary Environment Group and a former member of the Environment Audit Committee. He is widely respected within the fishing industry, and during his time at Defra worked closely with marine conservation groups, fishermen, and coastal communities during the development of the first tranche of Marine Conservation Zones.

Peter has over 20 years’ experience as a senior manager in public and private sectors delivering environmental and sustainable development solutions.

Joan Edwards, Director of Marine Conservation at The Wildlife Trusts.

Joan has substantial experience working on marine issues in the Wildlife Trusts for over 30 years and led the NGO campaign for the Marine and Coastal Access Act and its implementation.

Michael is a board member of Fisheries Innovation Scotland and a member of the International Union for the Conservation of Nature’s Fisheries Expert Group.

Susan was a member of the Royal Commission on Environmental Pollution that produced the ‘Turning the Tide’ report which addressed the impact of fisheries on the marine environment.

Nathan has been a Board Member of the Sea Fish Industry Authority since 2018 and was a committee member of the Cornwall Inshore Fisheries Conservation Authority.

Co-chair, Offshore Wind Industry Council. Benj is also on the Board of RenewableUK and is a Fellow of the Energy Institute with over 30 years’ experience in the energy sector.