Taken from the Labour Party’s manifesto and written by Paul Halas, with acknowledgements also to:

There’s been a lot of excitement about Labour’s Green New Deal, but what does it involve and how will it affect us?

Burning up carbon deposits – in the form of oil, coal and gas – which were laid down over hundreds of millions of years, is pushing us to the brink of extinction. To avoid this we need to take some pretty drastic action and we’ll have to be prepared for major changes in the way we live, work, travel and even eat. 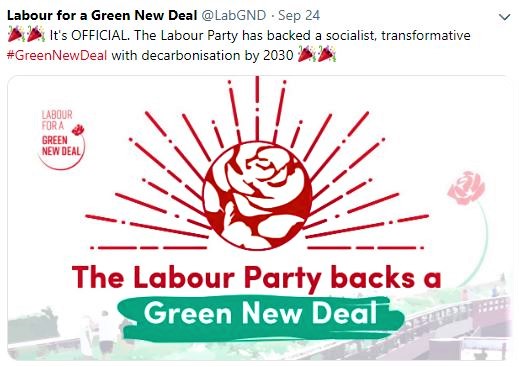 As part of its Green New Deal, Labour has undertaken to make the UK carbon neutral by 2030. This is how –

Some of the biggest changes will have to take place at the top, starting with the major international corporations – which carry the biggest responsibility for carbon emissions. They produce and sell both the fossil fuels and the machines and gadgets that cause climate change. By increasing tax on products and services that release more carbon, and reducing it on ones that cause less damage, big business can be made to do the right thing.

Greener energy will be a priority. Renewable energy sources now account for half our electricity, but to reach carbon neutrality by 2030 green energy must still be increased vastly. Labour plans to double offshore wind-powered generation, and will encourage local energy production – whether it’s from sun, wind or water, or a combination of them.

Transport and travel are major contributors to climate change. The Green New Deal will encourage greener ways of travelling, more sustainable technologies and better ways of making use of the resources we have. While they’re only a partial solution, the development and ownership of cars running on electricity from renewable sources will be helped, public transport will be improved and bus and rail networks widened. In the areas still not well served by public transport, vehicle-sharing schemes will be created.

Energy saving begins at home, and the Green New Deal proposes both a massive scheme of building new, energy-efficient homes and finding ways of improving existing buildings. There will be a major drive to insulate homes better, and the Conservatives’ tax increases on solar heating will be reversed.

Over time we’ll have to adapt our eating habits. Clearly, flying in foodstuffs from the four corners of the globe produces an unacceptable carbon footprint; equally, industrial-scale meat production releases an incredible amount of methane, another greenhouse gas. Producing more of our food closer to home will reduce our carbon output and help our economy, and a more plant-based diet will be less wasteful and in the end healthier.

As well as a greener future, Labour’s Green New Deal aims to bring about a more equal future too. The excesses of the super-rich corporations will be curbed; tax avoidance will at last be tackled. The multimillionaire class have taken more and more, while the rest of us – the many – have been left with less and less. One way to tackle the problem is through taxation, and another is through localism – also known as Community Wealth Building. Many communities throughout the world are already benefiting from these schemes, and an increasing number of towns and cities in the UK are adopting them.

The idea is that communities and councils always give priority to local suppliers and services. For instance when building a new school, or hospital, or sports complex, etc, local firms will always be preferred to the big players to carry out the work. The same goes for services. Under the Labour Green New Deal local energy suppliers will be encouraged, especially if they are publicly-owned, or run by people’s co-operatives. Local credit unions will be created, house-building schemes, housing associations, food co-operatives – all manner of local enterprises – all creating fairly-paid, unionised jobs. That way money earned in the locality stays in the locality and benefits local people. It cuts down our carbon output by reducing transport of both people and goods, and encourages green technologies. It also creates a greater degree of equality and reduces our dependence on the big corporations. What’s not to like?

To prevent catastrophic climate change we’re all going to have to adapt to major changes. But they needn’t be daunting. We’re not going to go back to a pre-industrial age. We won’t have to cycle everywhere unless we want to, and we won’t have to live on a diet of turnips and pottage. 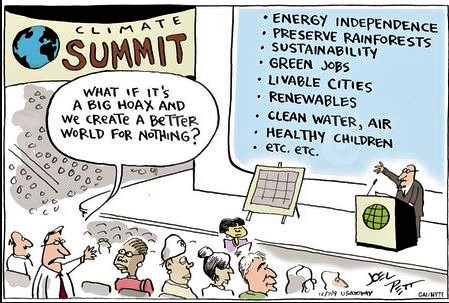 Many of the changes will be beneficial and will bring about a more equitable and contented society. They should be embraced.

In the recent Budget, the UK government announced huge spending of £29 billion for roads. [1] This comes on the back of a recent rise in the greenhouse gas (GHG) emissions of UK cars – in contrast to falling emissions in most other sectors of the economy. [2] It is clear that the government does not take the issue of pollution from cars seriously enough.

Decarbonising passenger road transport has been heavily researched especially in Sweden under the ‘Fossil Fuel Free’ policy discussion and in Germany in many publications by the Wuppertal Institute for Climate, Energy and the Environment. The conclusion from such work is that there is no significant technical or financial problem in totally decarbonising land transport. While the focus of UK government policies tends to be on improving vehicle efficiency – at which it is not doing well – there are actually larger gains to be made from ‘modal shift’ – a wholesale move away from car transport. The problem is a lack of will on the part of politicians to try to implement ‘joined-up’ policies that have a proven impact on reducing GHGs from the transport sector. The measures and interventions that will reduce GHG emissions from cars by 100% were set out in a report which I co-wrote for the Stockholm Environment Institute back in 2010. [3]

Despite this evidence, the UK’s central and local government continue to push forward with extensive road-building projects. Most local authorities are implementing or have recently implemented road schemes, including the Hereford Western Bypass, the Heysham M6 Link Road, the Shrewsbury North West Relief Road and the Port of Liverpool Access Road. These will increase traffic volumes and GHG emissions – as demonstrated by the robust scientific evidence presented in the 1994 SACTRA report which concluded that new roads generate new traffic. [4]

The UK is remarkable in its dismissal of best practice in decarbonising land transport, including cars. The performance of the city of Freiburg in southern Germany is a compelling example of what can be achieved. Through a consistent, funded, co-ordinated transport strategy over at least three decades, Freiburg has reduced car use to 21% of all trips every day and increased bike use to 34% (see figure 1). [5] In a typical UK city – e.g. Liverpool – approximately 2% of all trips every day are by bike and approximately 55% by car. Fundamental GHG reduction in the transport sector can only be achieved by modal shift away from the car on the scale already achieved in Freiburg and many other German, Dutch, Swedish and Danish cities.

Figure 1 – Breakdown of journeys in Freiburg by transport mode, 2016

It is also important to question some of the perspectives commonly presented in this area [6] – especially related to the costs of driving, driverless cars and electric vehicles: