Prof. Barnham, a member of Scientists for Global Responsibility, had an article published on 10th May 2017 in The Guardian, which can be read in its entirety at the following link:

He states that onshore wind has higher public approval than nuclear energy and fracking,  and questions why the Tories are expanding these unpopular industries, which also have higher carbon footprints.

Though the 2015 Tory manifesto claimed that onshore wind farms “often fail to win public support”, the government’s own surveys demonstrate widespread approval of wind farms and support remains high, even for a large-scale local wind farm.  The Guardian article contains a graph taken from the Government’s own survey, which shows that the most popular form of energy is solar, followed by offshore and onshore wind farms.  Coming at the bottom of public approval is fracking, with nuclear energy only a little higher than this. 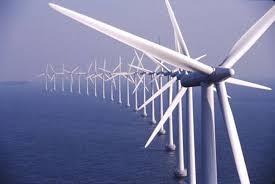 During the Coalition Government of 2010-2015, renewable power expanded exponentially and had a turnover of £14.9bn; this also and had the effect of reducing wholesale electricity prices. If this expansion had continued under the next government, an all-renewable UK electricity supply could have been achieved by 2025.

However, all renewables have suffered since May 2015 and at least six incentives to the highly popular solar photovoltaic (PV) power have been cut. According to the Solar Trade Association, 32% of jobs were lost by last summer.

Prof Barnham goes onto discuss the dangers of nuclear power and analyses other safer new forms of energy.  He concludes that the party that restores renewable subsidies (paid from taxation rather than levies), cancels Hinkley Point C and fracking subsidies while incentivising bio-methane, will get his vote and, as the graphic contained in the article (showing public approval of renewables) suggests, such policies might win them a lot more votes.

Keith Barnham is emeritus professor of physics at Imperial College London and author of The Burning Answer: a User’s Guide to the Solar Revolution

In his article, Prof. Barnham refers  to an earlier Guardian piece, written by Adam Vaughan on 12th February 2017:

This suggests that offshore wind farms (of which the UK is a leader), have the potential to produce cheaper energy than nuclear power and provides other information about the UK renewable’s industry.

Carbon Brief has done an analysis of what each of the political parties say on Energy and Climate Change.  This can be found at: