One of the reviewers of my book described it as a Wake Up Call  and this phrase is being used more and more in relation to climate change, especially as people have experienced extremes of weather in the last two years.

Now, the Guardian has published an article about the things that their readers have described as Wake Up Calls:

They include the following: 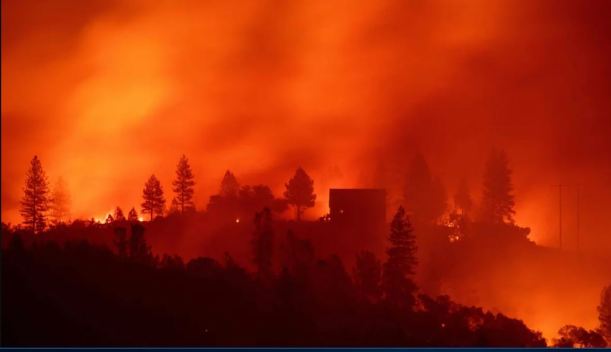 Bob Ward, Policy and Communications Director at the Grantham Research Institute on Climate Change and the Environment (LSE), has written a letter to the Financial Times on 28th December 2018.  It is copied in its entirety below:

“Your excellent editorial “ How to rescue the global climate change agenda” (December 27) is right to call for a transformation of the policy discussion on climate change in order to accelerate the transition to a zero-carbon economy. However, you neglected to highlight a key solution: economists and finance ministries must stop relying on models that are simply not fit for purpose when making investment decisions.

The potential impacts of climate change caused by fossil fuel use are grossly underestimated by the current generation of economic models, which cannot quantify the cost of, and therefore omit, tipping points in the climate system, such as the destabilisation of the land-based ice sheets in Greenland and West Antarctica, and apply inappropriate discounting such that huge damages to future generations are trivialised.

Similarly, economic models overestimate the costs of new zero-carbon technologies because they do not take adequate account of co-benefits, such as reductions in local air pollution, and of processes such as learning by doing. These models have failed to forecast how quickly the production and development costs of renewable energy technologies, such as wind and solar, have fallen over the past few decades and years.

The consequence of these shortcomings was starkly illustrated earlier this month during the Nobel Prize lecture by William Nordhaus, the great pioneer of climate economics. He told the audience in Stockholm that his widely used model indicates “optimal climate policy” would result in global warming of 3C by the end of this century and 4C by 2150. Such a result is simply not credible when compared with the scientific evidence collated by the Intergovernmental Panel on Climate Change earlier this year, showing how devastating a global temperature rise of more than 1.5C would be.”

The latest United Nations talks (UNFCC) at COP24 seem to have been engulfed in controversy.  The main agenda item was to put together a framework for different countries to implement in working towards their Paris 2015 targets. This included how governments will measure, report on and verify their emissions-cutting efforts, ensuring all countries are held to proper standards, which they will find it hard to wriggle out of.  However, they seem to have got bogged down with disagreements, mainly to do with carbon credits and carbon sinks.

Carbon credits are awarded to countries achieving their targets. Carbon sinks relate to forests, which absorb carbon dioxide.  Brazil, with its large rain forest cover, insisted on a change of wording but critics of this said it would lead to a form of double counting.  The issue was postponed for another year.

All of this took place within the scenario of the IPCC-commissioned October report, which warned that, allowing warming to reach 1.5C above pre-industrial levels, would have grave consequences, including the death of coral reefs and loss of many species.

Four countries joined forces to weaken the conclusions of the report.  These were: USA, Russia, Saudi Arabia and Kuwait who would only agree to the timing of the scientist’s report.  In addition, Brazil, with its new right-wing president, who is sceptical of climate concerns, withdrew its offer to host next year’s talks in Brazil.

However, 196 200 countries agreed to rules for how they’ll adhere to the Paris climate agreement. The rules define how nations will record their emissions and their progress toward climate goals.

The poorest and most vulnerable countries felt that the final agreement demanded too little of industrialized countries, whilst expecting developing countries to agree on common reporting requirements to bring their climate promises into line with those of more developed countries. However, the richest countries must now be more open about their financial support to those countries most affected by global warming.

One of the downsides to the COP24 event was the hosting of a pro-coal fringe meeting, during the proceedings by the USA.  The only other country attending this meeting was Australia.  Perhaps not surprising in view of other postings on this site over the last two years.

Further reports on COP24 can be found at:

In the recent Budget, the UK government announced huge spending of £29 billion for roads. [1] This comes on the back of a recent rise in the greenhouse gas (GHG) emissions of UK cars – in contrast to falling emissions in most other sectors of the economy. [2] It is clear that the government does not take the issue of pollution from cars seriously enough.

Decarbonising passenger road transport has been heavily researched especially in Sweden under the ‘Fossil Fuel Free’ policy discussion and in Germany in many publications by the Wuppertal Institute for Climate, Energy and the Environment. The conclusion from such work is that there is no significant technical or financial problem in totally decarbonising land transport. While the focus of UK government policies tends to be on improving vehicle efficiency – at which it is not doing well – there are actually larger gains to be made from ‘modal shift’ – a wholesale move away from car transport. The problem is a lack of will on the part of politicians to try to implement ‘joined-up’ policies that have a proven impact on reducing GHGs from the transport sector. The measures and interventions that will reduce GHG emissions from cars by 100% were set out in a report which I co-wrote for the Stockholm Environment Institute back in 2010. [3]

Despite this evidence, the UK’s central and local government continue to push forward with extensive road-building projects. Most local authorities are implementing or have recently implemented road schemes, including the Hereford Western Bypass, the Heysham M6 Link Road, the Shrewsbury North West Relief Road and the Port of Liverpool Access Road. These will increase traffic volumes and GHG emissions – as demonstrated by the robust scientific evidence presented in the 1994 SACTRA report which concluded that new roads generate new traffic. [4]

The UK is remarkable in its dismissal of best practice in decarbonising land transport, including cars. The performance of the city of Freiburg in southern Germany is a compelling example of what can be achieved. Through a consistent, funded, co-ordinated transport strategy over at least three decades, Freiburg has reduced car use to 21% of all trips every day and increased bike use to 34% (see figure 1). [5] In a typical UK city – e.g. Liverpool – approximately 2% of all trips every day are by bike and approximately 55% by car. Fundamental GHG reduction in the transport sector can only be achieved by modal shift away from the car on the scale already achieved in Freiburg and many other German, Dutch, Swedish and Danish cities.

Figure 1 – Breakdown of journeys in Freiburg by transport mode, 2016

It is also important to question some of the perspectives commonly presented in this area [6] – especially related to the costs of driving, driverless cars and electric vehicles: